Through the generous equipment and monetary donations from Radnor Middle School, Einstein Healthcare Network, Jefferson Health, the Drumcliff Foundation, and private donors, PCF has been able to significantly increase our support to Philadelphia public schools in the 2019-2020 school year. All in all more than 600 laptops have been donated this year already to various schools including: HH Houston, FS Edmonds, J Logan, WG Harding, T Mifflin, and others.

In some cases, the PCF-donated laptops (along with the District’s significant infusion of Chromebooks this year) have resulted in 1-to-1 programs (1 computer per student) in classrooms or sometimes an entire floor of classrooms. With our assistance, some schools are now inching closer to 1-to-1 school wide.

The laptops help these students in many ways. Most notably, students are able to access the educational websites the District has subscribed to. These sites do a great job in helping students catch up in areas where they may be falling behind. Access to sites such as Lexia and iReady have been paid for by the District but in many cases, students simply did not have access to the computers to utilize them.

Besides lending support to schools, PCF has been providing free take-home computers to parents of participating schools: parents/caregivers are eligible for a free laptop or desktop if they promise to spend at least one hour a week with their student on these “intervention” websites. Read more on that here »

Radnor Middle School donated about 400 laptops to PCF earlier this year as their student body upgraded to newer technology. Thanks to the support from Jefferson and Einstein we were able to purchase replacement batteries and chargers as needed plus mice, power-strips and other parts to deploy them all. The seven laptops carts were distributed to three different schools and fit 30 laptops each. Because space in the classroom is at such a premium, these carts are a great way for them to be able to charge these machines between classes.

Below are some photos of our equipment in the field as well as the pickup at Radnor School district. Radnor has been an incredible partner over the years and we truly appreciate it. 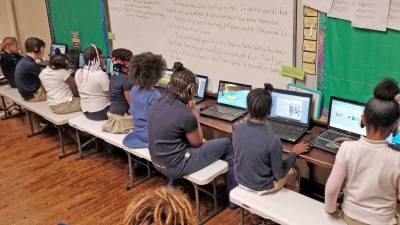 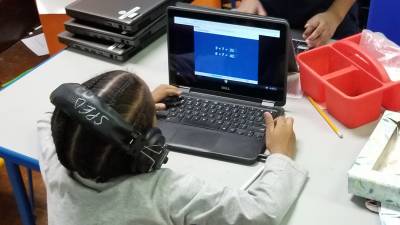 Students use educational websites to catch up in areas where they may be falling behind. 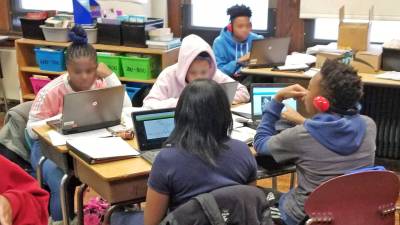 Laptops are much more practical; crowded classrooms often do not have room for desktops. 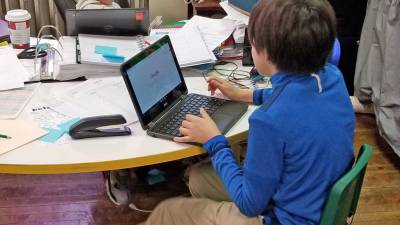 Our supplemental donations have made some classes (or even floors) almost 1-to-1 (one computer per student). 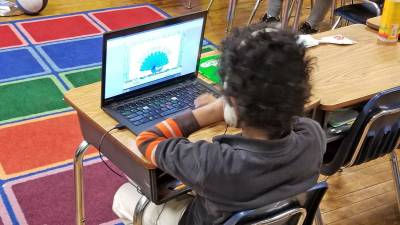 Sites such as Lexia, iReady, and others, are a real help to students in need. 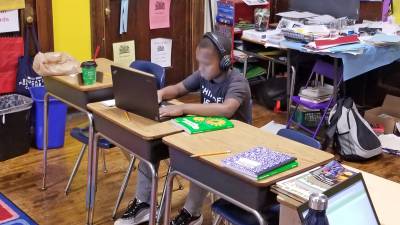 These sites provide teachers with reports of where students have made progress (and the areas where they need more help). 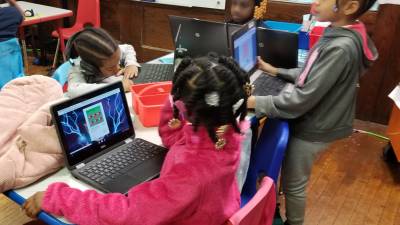 Just learning how to navigate computers better has helped some students do better on their (computerized) exams. 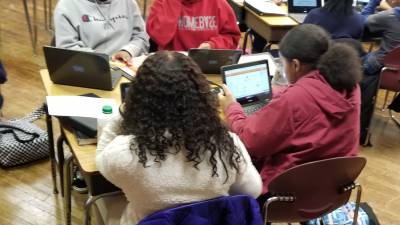 About half of our laptops were part of carts; others donated on an as needed basis. 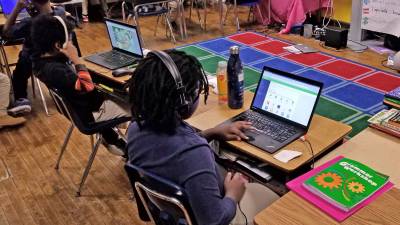 We provided laptops to Houston, Logan, Edmonds, Harding, Mifflin, and other schools. 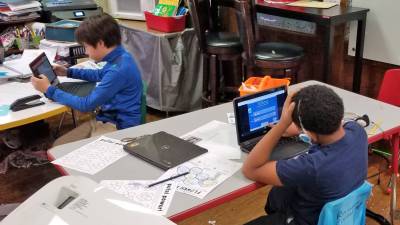 Some of our donated equipment included touch screens and/or ChromeBooks. 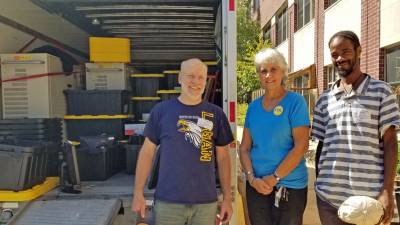 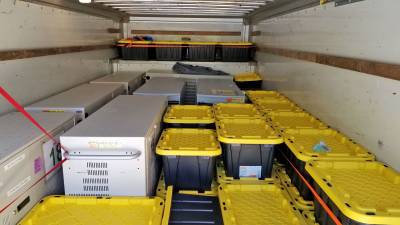 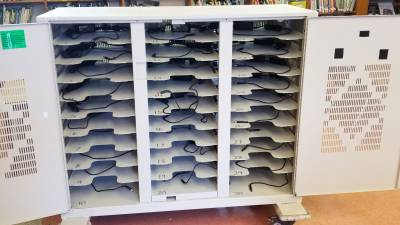 It takes a good 2 hours to wire up each laptop cart with the chargers. 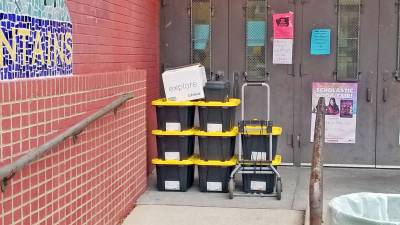 F.S. Edmonds in East Mt Airy received 60 of the laptops. 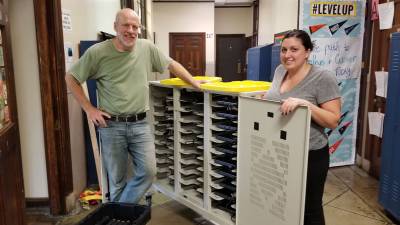 PCF ED Deruiter and Houston TTL L. MacDonald with a wired cart that is ready to go. 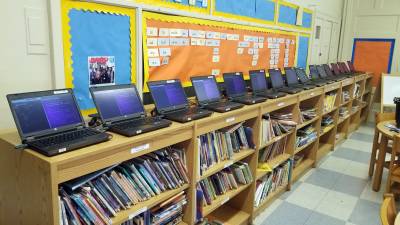 We used the library at Logan Elem. to refurbish their 120+ laptops. 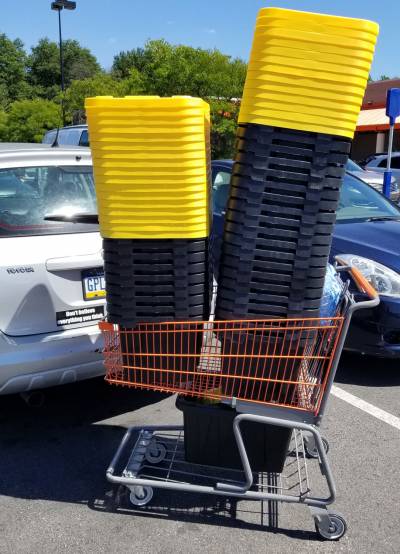 PCF purchased uniform storage bins to make it possible to transport such a large donation of equipment. 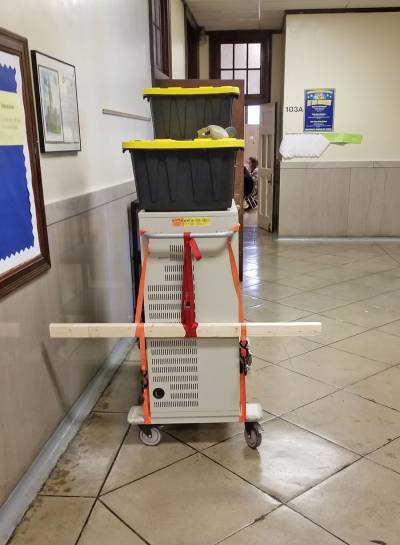 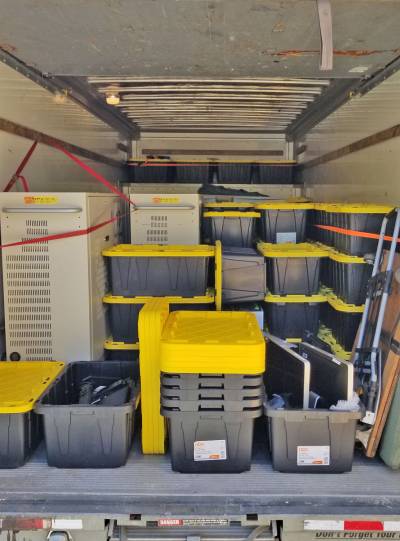 The truck was filled to the gills with Radnor Middle School’s 400+ laptop donation.