Classroom Computers/Printers for Our Partner Schools

Classroom Computers/Printers for Our Partner Schools

During the 2018-19 school year, PCF donated and installed hundreds of desktop computers to various local schools including Houston, Emlen, Logan, Mifflin, and others.

The computer equipment is donated to PCF by various local businesses. We then clean it up and refurbish it (add memory and hard disks if needed) before we then “image” the computer. Imaging means we wipe the drive and then mirror/clone the master computer we created back when. That process is typically done using USB flash drives and takes about 15 minutes per machine.

Once the equipment is ready, we get to the hardest part: getting the equipment to the room and then figuring out where we can physically fit the computers inside the rooms. Desk space is typically really hard to come by as is power and networking. I think it is fair to say the wiring and space set aside for these computers is unlike whatever your setup is like at your house !

But we have learned how to make do and have gotten pretty good at ‘finding’ room and running the wires need for power and Internet access.

Below are just some of the classrooms we outfitted.

In addition to the desktop installations shown below, PCF has provided dozens of teachers with varying quantities of laptops too. 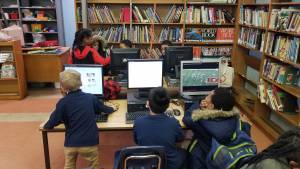 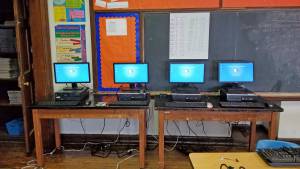 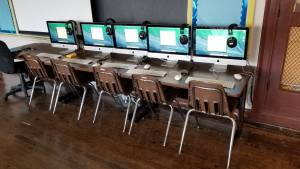 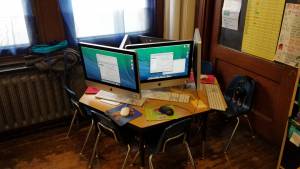 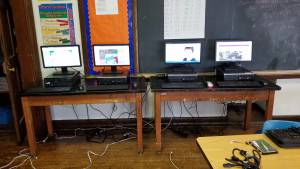 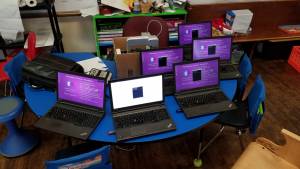 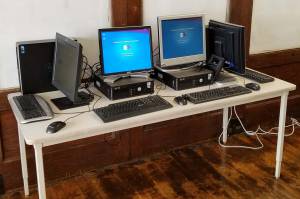 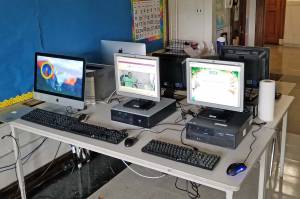 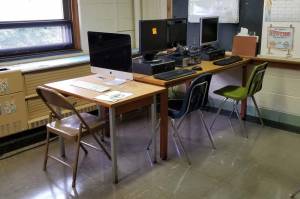 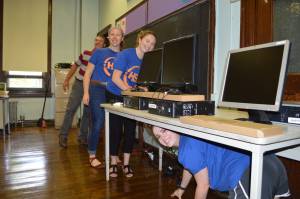 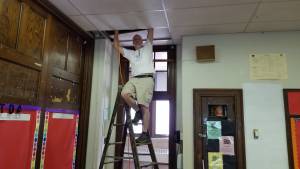 This year we also installed/hung a donated TV into a school’s lunchroom so the kids can watch a movie there on rainy days. 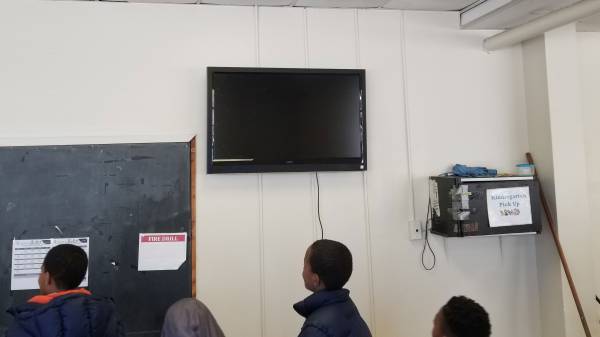