On August 20th, PCF Western suburbs co-founders Ashwin and Srikar, along with their new volunteer Divyesh G., had the opportunity to visit three Philadelphia public schools to distribute a total of 60 laptops.

Over the summer, the duo contacted local area companies and organizations to solicit the computer donations. In the end, they acquired about 120 great laptops, many of them with touch screens, lots of memory and crisp displays.

Ashwin and Srikar cleaned the equipment and ‘imaged’ them with PCF’s Linux software including pre-configured accounts for Student and Parent/Teacher users. By the time they were done, the computers were ready for use in the classroom.

The majority of the laptops were distributed to three Philadelphia public schools for use in the classroom: Emlen Elementary, Henry H. Houston Elementary, and James Logan. Each school used them differently; some were used for special ed classes while another school used them for their STEM program.

The remainder of the laptops were distributed to students to take home. PCF works with schools to identify students in need that will make optimal use of the equipment.

Srikar and Ashwin are extremely happy that their efforts will have a positive impact on the lives of Philadelphia students and their families.

Below are a few photos of the day: 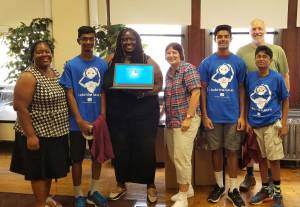 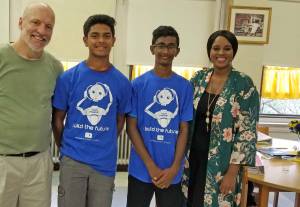 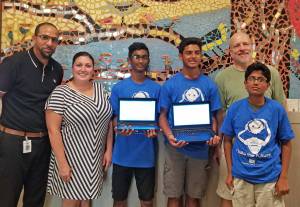 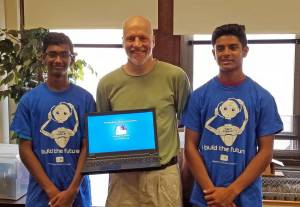 Srikar, Deruiter and Ashwin show off a newly refurbished laptop. 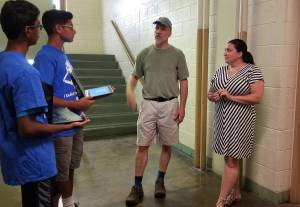