PCF is delighted to implement our “Tech-Master” program (a.k.a. “It Support Team” or “Geek Squad” program) at Logan. Logan has utilized PCF’s Classroom Computers for a few years now and the goal is to teach a small group of 3rd and 4th graders how to install and update PCF’s computers as needed.

PCF has always utilized students whenever possible but this class’ goal is to make these young students responsible for our equipment. In the process, they will learn:

During the first class, we stripped a computer of all the removable parts (hard drive, ram, dvd, processor fan/sync) and talked about the function of the various components.

During the second class we learned how to plug in a computer with special emphasis on the proper way to run power cords. Also during our second class, two students helped rewire and update three computers in a Special Ed class while PCF’s Monika was testing hardware and imaging machines with the others.

PCF has left the Logan Tech-Master Team with a working supply of cables, computers, monitors and networking supplies. We expect to be there for at least 4 more sessions (or until we are confident that the students can function on their own) and then follow up periodically to teach troubleshooting skills with trouble machines.

We want to thank Logan’s Ms. Warren for letting us use the back of her computer room as our staging area and giving us such a great group of students to work with. Finally, we are grateful for the StartupPHL grant we received which has allowed PCF to focus much more on the educational aspect in our effort to outfit classrooms with the computers they need. 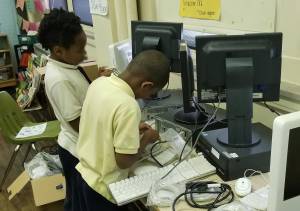 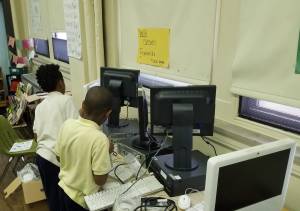 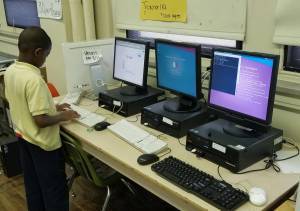 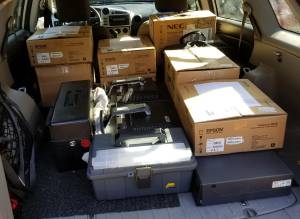 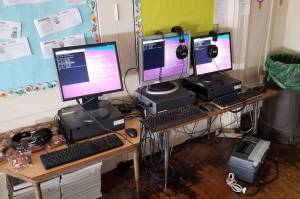 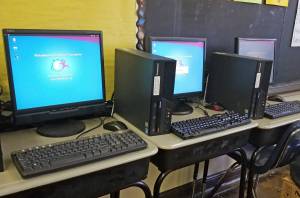