Health Partners Plans is a long-standing, not-for-profit health insurance organization serving more than 180,000 area members through its Medicaid and Medicare coverage and also many children through its KidzPartners/CHIP program. In fact, about half of their members are children. 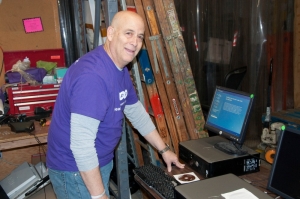 The Plan is owned by major Philadelphia area hospitals including Aria, Einstein, Hahnemann, Temple and St. Christopher’s Hospital for Children. It has been ranked number one in members satisfaction in the Delaware Valley for over 12 years, based on the annual PA Dept. of Public Welfare CAPHS report, and was voted #1 in the entire state for “satisfaction with child’s health plan” in the most recent survey.

HPP was the first plan in the nation to receive the National Committee on Quality Assurance’s Multicultural Health Care Distinction recognition, and has received awards from the Managed Health Plans of America for its “Biggest Winner” program to reduce obesity and the Crazy Praise Dance Showcase – a gospel showcase to promote fitness and nutrition. They also offer a 24-hour, 7 day-a-week member services and nurse advice lines. 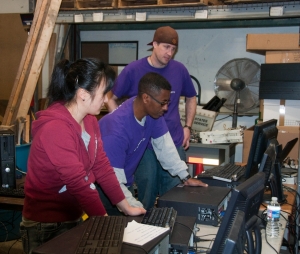 In 2013, Health Partners Foundation, founded by HPP employees, awarded the Philadelphia Children’s Foundation their annual Making a Difference Award in addition to supporting us with a grant, over 100 computers and many volunteer hours.

We are very appreciative for all Health Partners Plans has done for our organization in the past, and look forward to continued service in the future. Special thanks to two hard-working board members, Hal Augustine and Judy Harrington, for collaborating HPP with PCF and their commitment to improving the Philadelphia community.